The city continually participates in planning efforts with regional partners. However, SA Tomorrow identified the need to enhance these efforts. The city needs to take a more proactive approach to address issues that cross jurisdictional boundaries. To achieve this, the CPP has been modified to include regional planning as a plan type, ensuring Department of Planning & Community Development staff and resources are devoted to this area of planning. There are three main aspects to the regional planning approach:

Regional Plans address broad topics such as transportation, utility service areas and provision and natural resource issues that span multiple jurisdictions. These plans preserve and enhance the future of many communities across South Texas, including San Antonio. By taking an active role in these plans our city can advocate the vision and goals articulated in the three plans comprising the SA Tomorrow process. Participation in these cross- jurisdictional efforts promotes the coordination of policies and investments making them more efficient and impactful. 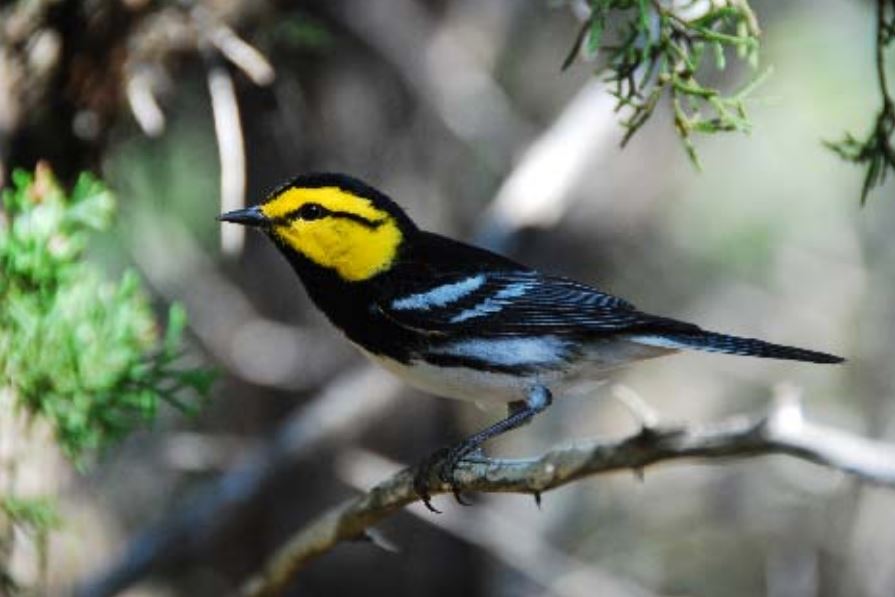 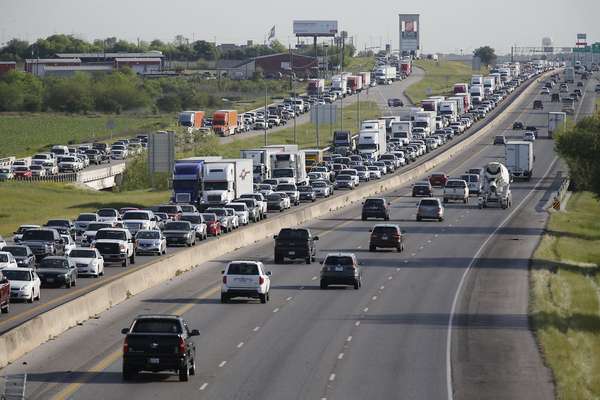 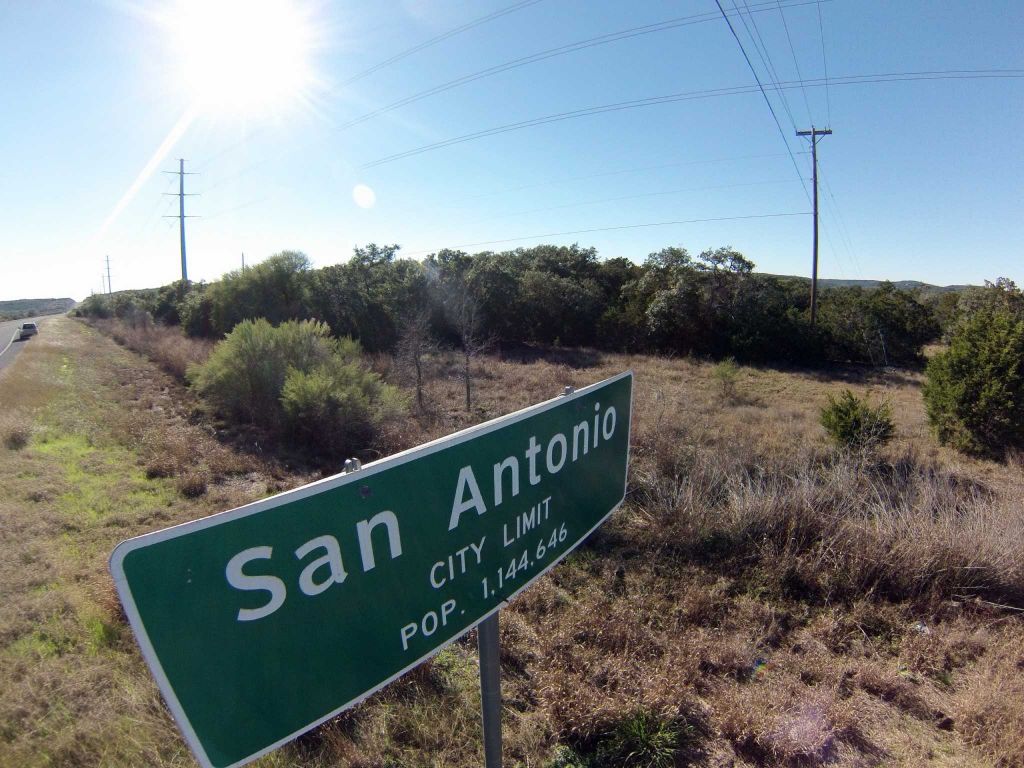 Regional planning in and around San Antonio will help to protect endangered species, such as the Golden Cheeked Warbler (upper left). Coordinated planning on the edge of the community and across the region will result in a more balanced and environmentally sensitive approach to development, stronger economic positioning and more convenient transportation. 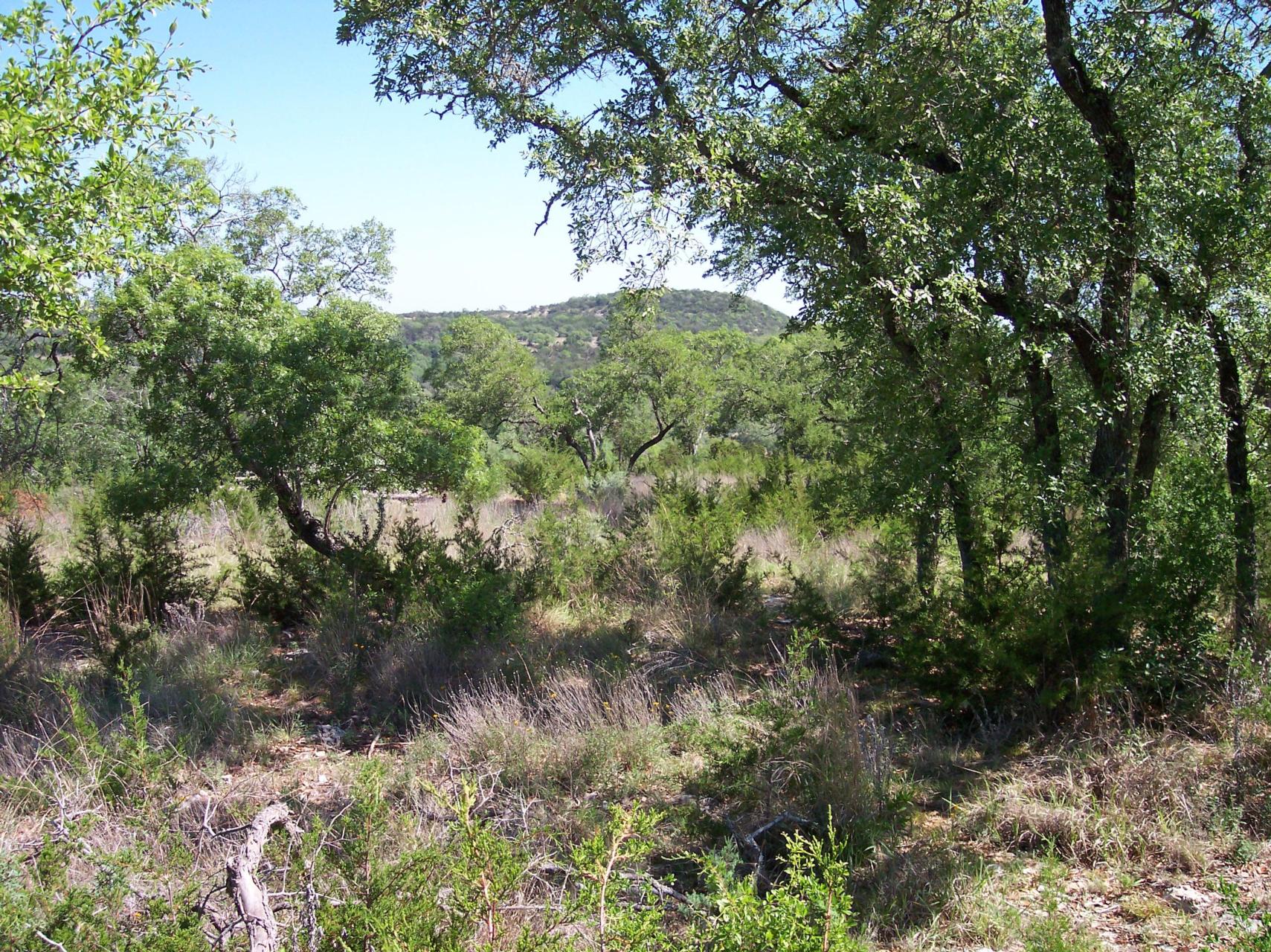 Perimeter planning will establish preliminary direction for land use, designate or protect open space and infrastructure in areas adjacent to the City of San Antonio.

Provide annexation policies that align with the context of the areas being considered for annexation.The current annexation policy statements do not specify condition or context in which they apply to, therefore, it is difficult to understand if a policy should be considered because it may not be applicable to the area being considered. The city should organize policies by three contexts: all areas; undeveloped areas; and developed areas. These three contexts make using the policy document easier and provide more clarity to reasons why the city should consider annexing land that is undeveloped or developed, as they often differ and sometimes are contradictory.

Annexation has several implications on the city, both positive and negative. Not annexing also has several implications. These implications needed to be evaluated in the development of any annexation strategy. The implications identified during the annexation process of SA Tomorrow are described in the SA Tomorrow Annexation Policy and Strategy Assessment found in the Appendix. Also provided in this assessment are the recommended changes to the city’s annexation strategy and approach to regional planning. The specifics regarding each recommendation are provided in the assessment, and the high level recommendations are as follows:

Regardless of future annexation activities, these priorities should be paramount. 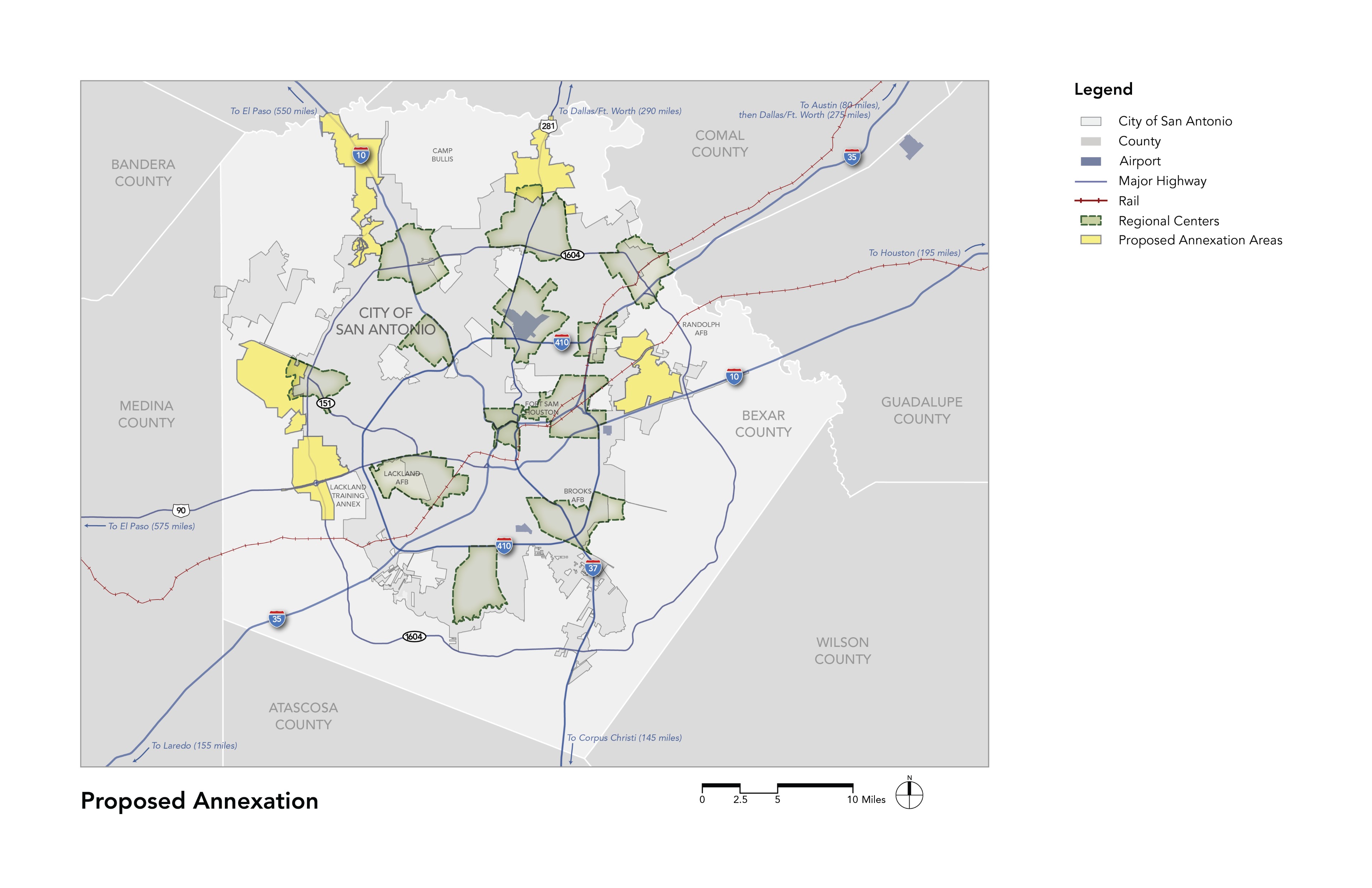 The city should avoid annexing areas where there is limited opportunity to impact the quality of life through city services, investment and regulations. Large-scale annexation can have unforeseen implications that may inhibit the city from achieving its goals. The benefit to the existing area and the city should be considered, as well as the implications of annexing versus not-annexing.

San Antonio’s 13 regional centers each offer unique attributes and vary greatly in development maturity. Some centers are still developing and have low land utilization, while others are more densely built-out and have a greater diversity and concentration of uses. This is demonstrated by differing levels of infrastructure, transportation options and community amenities. Recognizing and analyzing the distinct conditions and challenges of each regional center necessitates a nuanced and targeted planning approach. Such an approach will help each center advance and fulfill its role in the city, either as a hub of specialized employment or as a true vibrant, mixed-use place for our residents to live, work and play.

Emerging – Emerging centers typically have significant amounts of undeveloped land, often resulting in low-density urban form. Plans for emerging centers should focus on clarifying the long-term vision; creating a regulatory and policy environment supportive of higher-density and a greater mix of uses; and aligning the center with citywide transportation and infrastructure initiatives.

Evolving – Evolving centers are more developed, but still have low density, require a greater mix of uses and offer limited community amenities. Plans for evolving centers should focus on providing and adapting infrastructure that supports higher density development; encouraging a mix of uses including a strong economic base; and investing in amenities that enhance the public realm.

Specializing – Specializing centers have a high density of uses and are largely built-out. Plans for these centers should be more fine-grained and tactical in nature; focus on remaining opportunity sites; and address missing attributes and amenities. 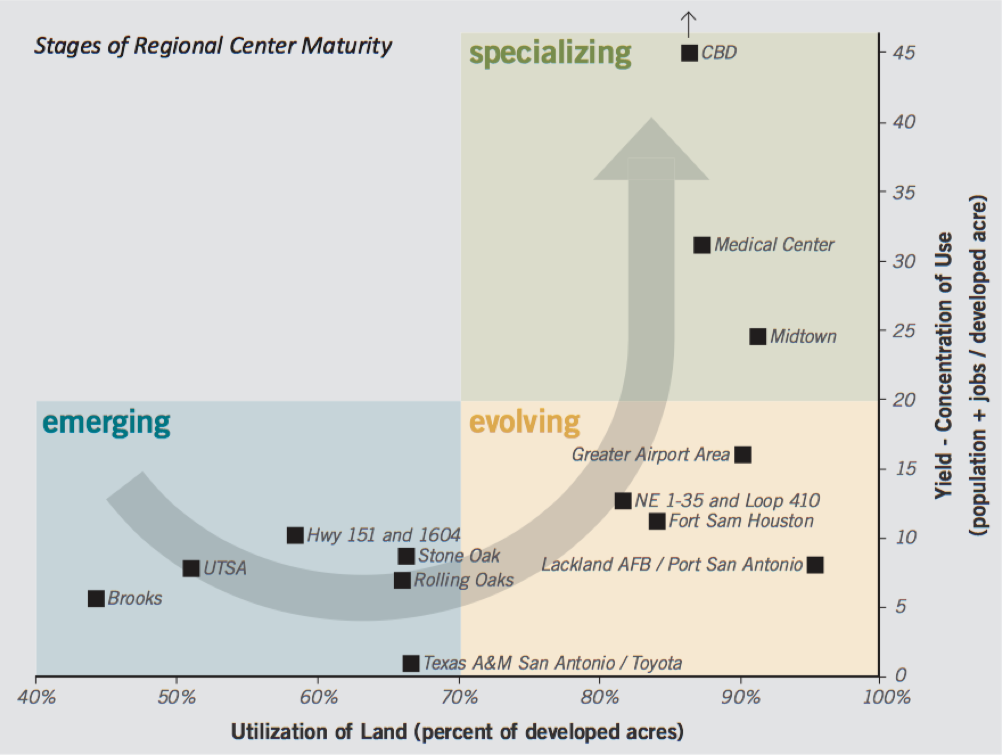