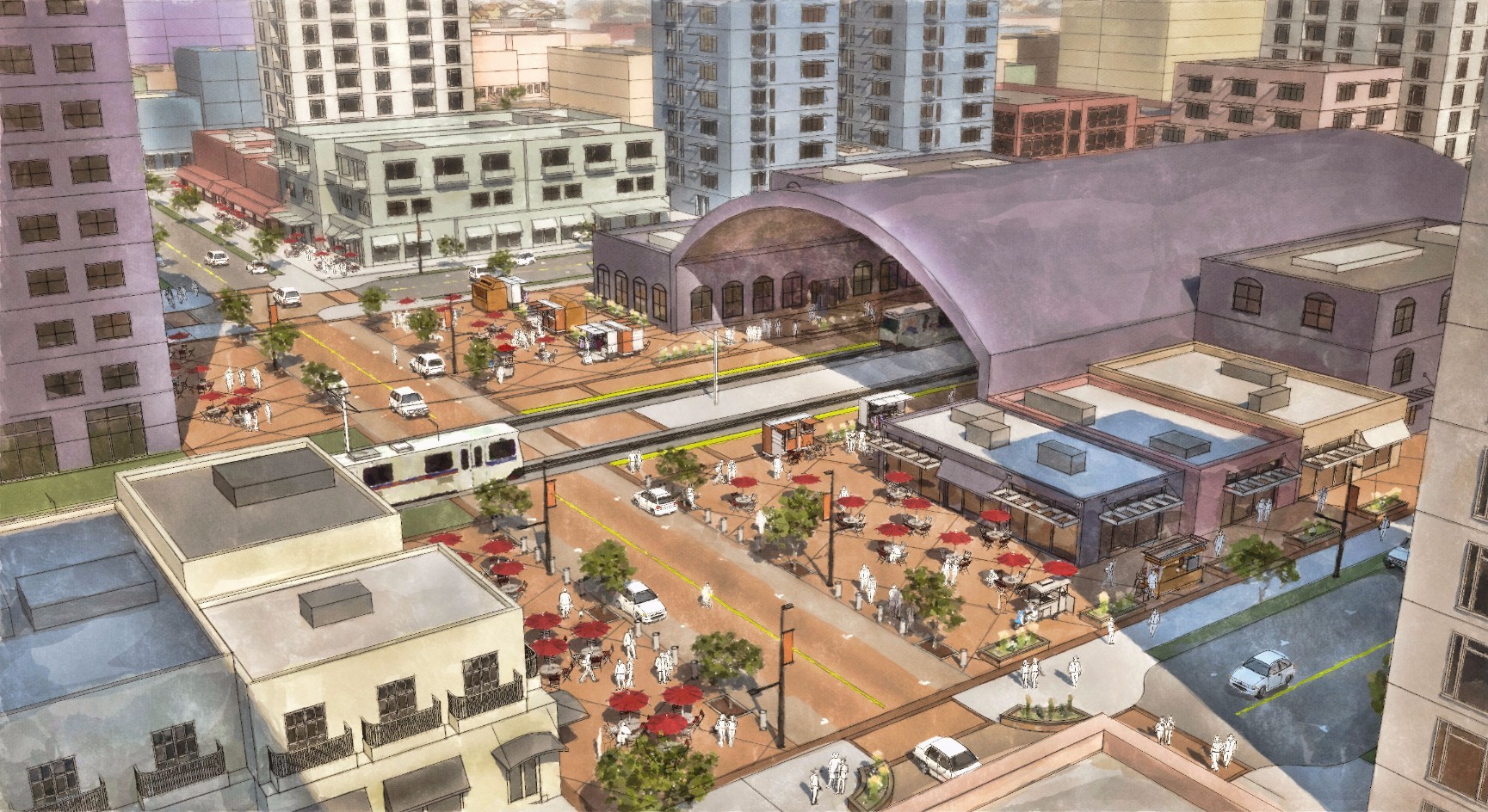 A Regional/Commuter Rail place type has a major transit station along a regional or commuter-heavy rail corridor. The predominant land uses surrounding the transit station should be mixed, with high-density residential closer to the station and then transition to single-family residential moving further away from the station. The features that make this place type unique are pedestrian access to regional transit and pedestrian and bicycle connectivity, which activate the surrounding neighborhood. The VIA Centro Plaza, Robert Thompson Transit Center and future Lone Star Rail all have the potential to fully realize the Regional/Commuter Rail place type.

Relation to VIA Supportive Development Typologies

One of three typologies corresponding to VIA’s Urban Center typology. 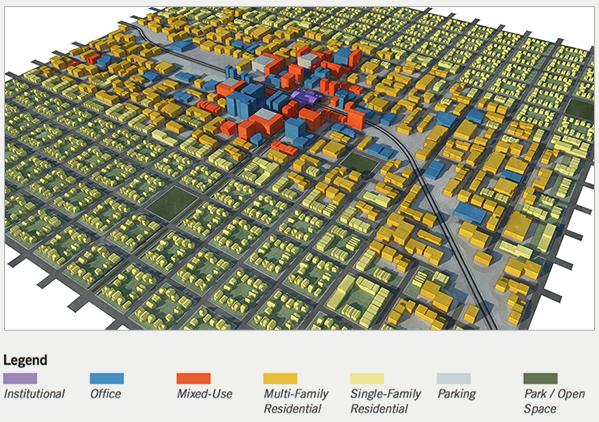 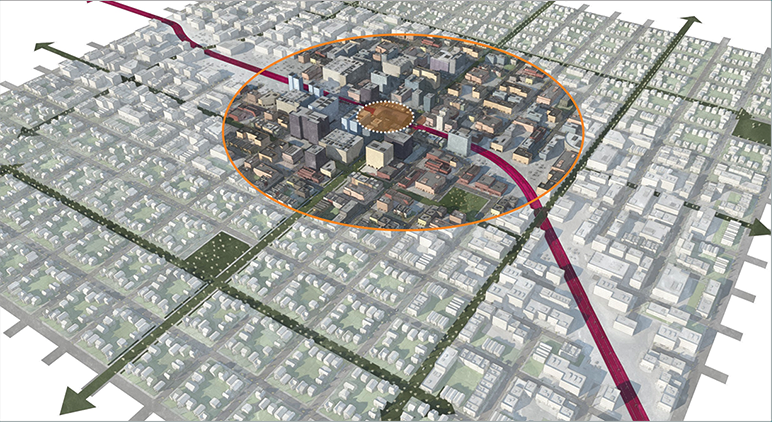 Parking: On-street and off-street parking (most in structures) 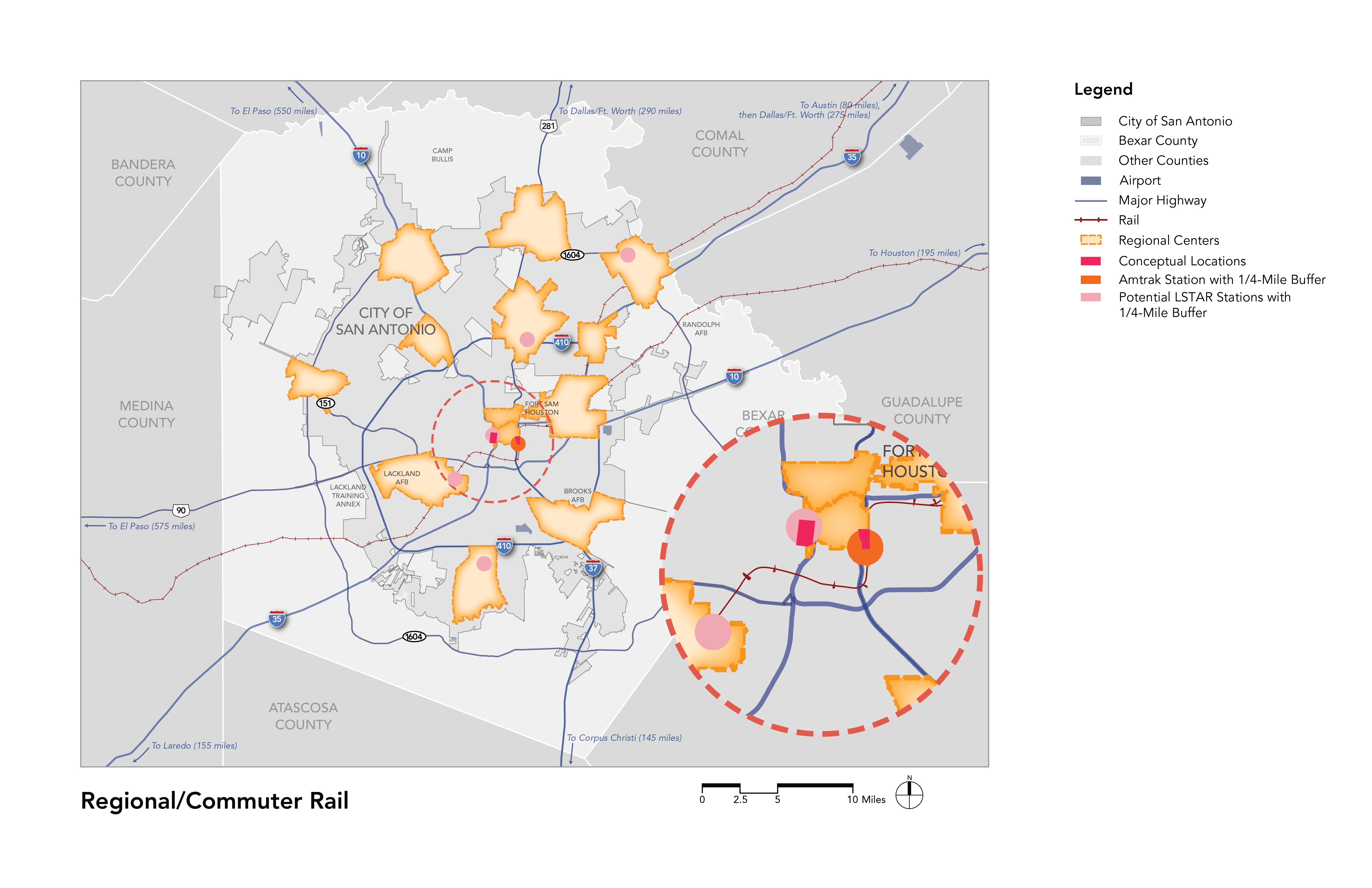