San Antonio has a polycentric economic geography with multiple large concentrations of employment and housing throughout the city (e.g., Downtown, the Medical Center, military bases, etc.). These concentrations are largely located along major transportation routes, making living near work easier for many residents. But a polycentric pattern also creates challenges. The composition of the economy (mainly based on healthcare, the military, education and tourism) and the dispersed employment nodes have scattered both employment opportunities and economic assets across the city, so much so that it is often difficult to distinguish the concentrations. This dispersion is compounded by the lack of master plans that could guide development and attract employment. Without coordinated growth plans, it is difficult to leverage these assets to their potential and create the spin-off economic activities that can result from clustered businesses in similar industries.

The City has identified priority growth areas that include regional employment centers, mixed-use centers, areas of high land capacity for growth, underserved areas of the city, land near the City Center, premium transit corridors and key arterial corridors. Our efforts will focus on 13 regional centers—nine existing and four emerging. We can strategically focus employment and housing growth in those centers, aligning land use planning and infrastructure investment with economic development. These centers can offer a wide variety of employment-oriented uses, sites, infrastructure and amenities. Some also can be developed into vibrant, mixed-use areas that offer the live-work-play environments that are attracting development and business nationally, but are lacking in San Antonio. Continued employment and housing growth in these centers will also keep commute times low and offer more opportunities for transportation connections. San Antonio also has a number of large, transformational development projects that can change the direction of growth within the city. Four of these sites are Hemisfair, Brooks City Base, Port San Antonio and the Texas A&M University-San Antonio campus. Developing these sites can catalyze development in areas of the city where recent growth has been relatively limited. Even more significantly, these transformational projects are in areas with an ample supply of developable land. The large size, limited number of landowners and public and political backing for site development can result in model projects that will serve as a guide for future growth in the city. 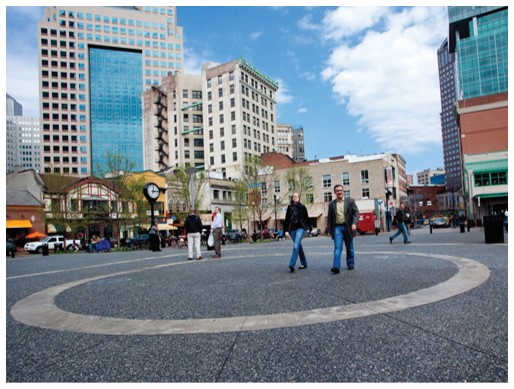 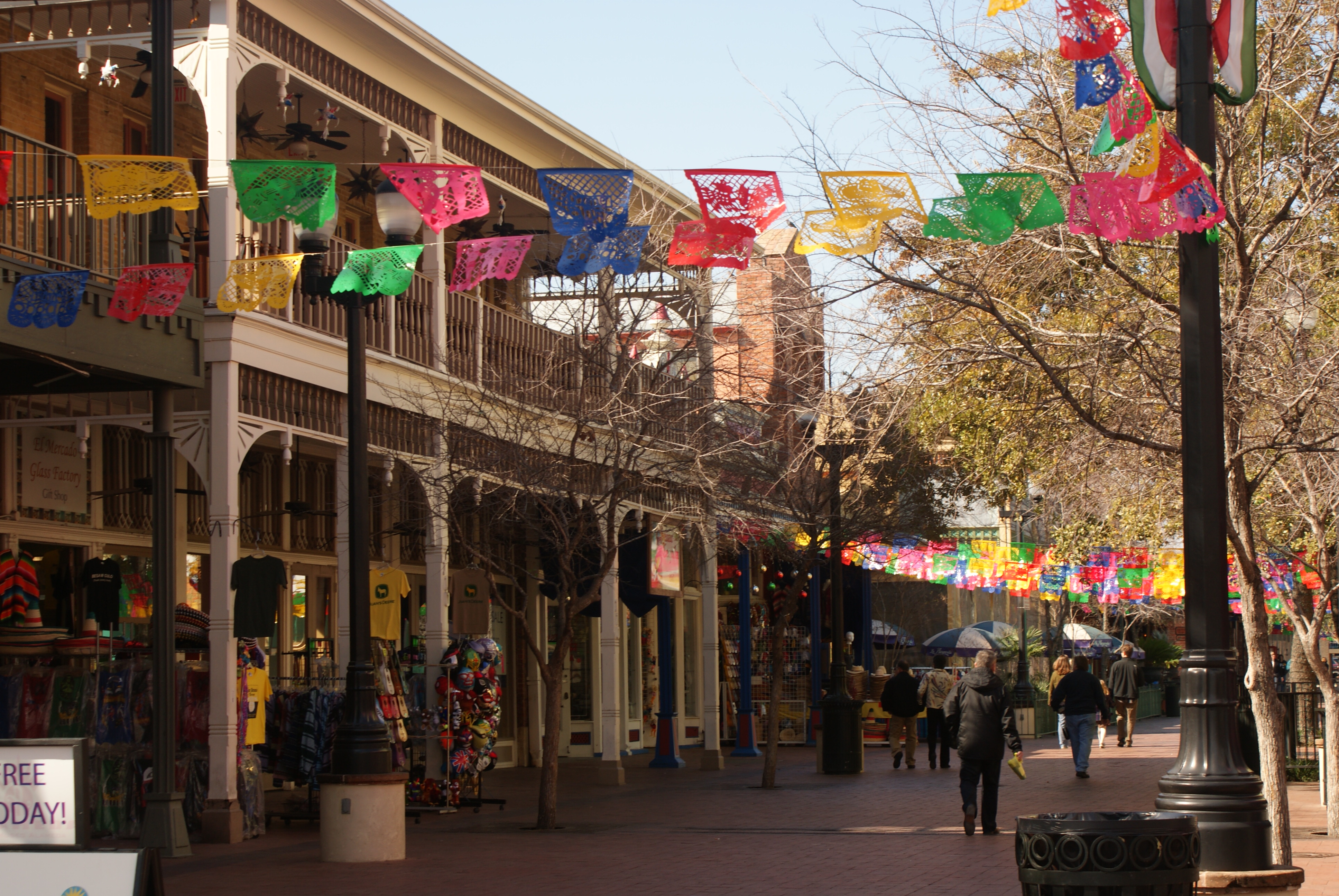 Pedestrian-scaled development with the proper mix of uses can bolster a city's growth by catalyze further development and attracting new residents and visitors.

San Antonio's environmental assets provide an opportunity for investment in neighborhood amenities and infrastructure (including green infrastructure) that will facilitate higher-density development and create urban centers.

The Portland Metro region in Oregon is perhaps the most frequently cited example of an American metropolis working to reduce its dependence on the automobile by creating more walkable neighborhoods, connected destinations and transportation choices. Portland has an elected and effective regional government (Metro) that coordinates urban growth in 24 cities and parts of three counties. Metro’s urban growth management plans include: Urban Growth Boundaries, a set of policies that protects fertile farmland and open space by limiting the development of sprawling suburbs and exurbs through strict controls over location of growth; Parking Management which allows developers and the housing market to determine parking ratios, saving them money and supporting Metro’s 2040 Growth Concept for mixed-use areas near light rail; and Transportation Choices which includes 5 major light rail extensions. Portland’s array of public policies that manage urban growth have created more compact forms of development, offering financial, mobility, environmental and livability benefits for the Metro area.