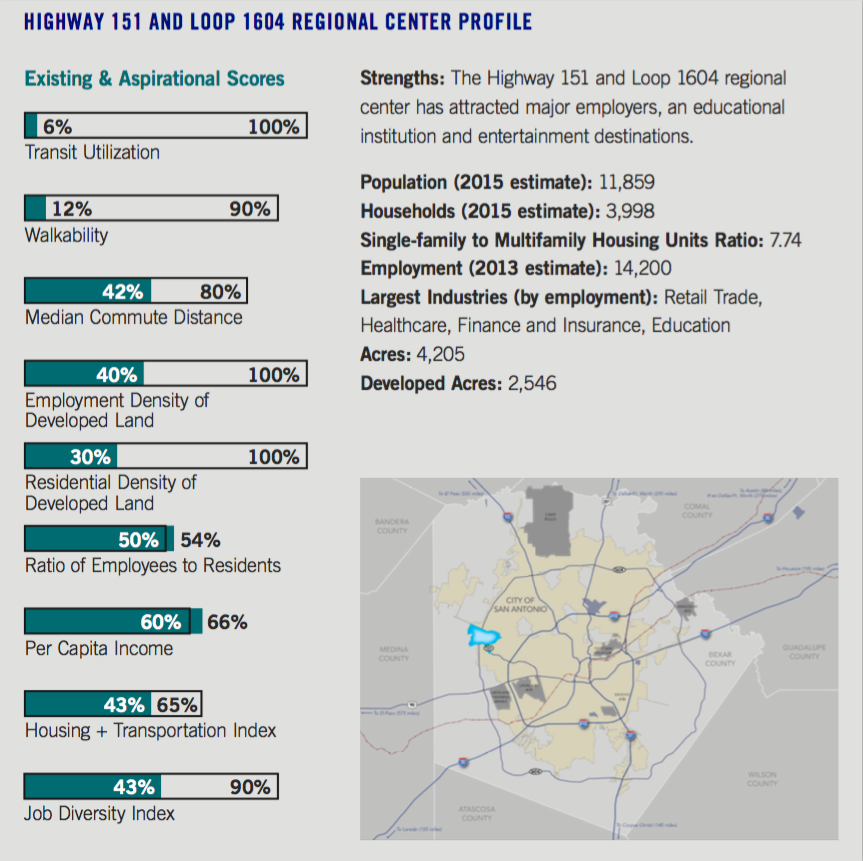 Home to several large employment campuses, including Wells Fargo, as well as the SeaWorld amusement park, this regional center is one of San Antonio’s emerging centers. Located on the western edge of the city, it includes the Westover Hills area and portions of the large master planned community of Alamo Ranch. This area, including portions of unincorporated Bexar County has been a focus of major development activity during the past decade.

Tasks Ahead: This emerging regional center should prioritize transit service to link uses that are largely disconnected from each other. 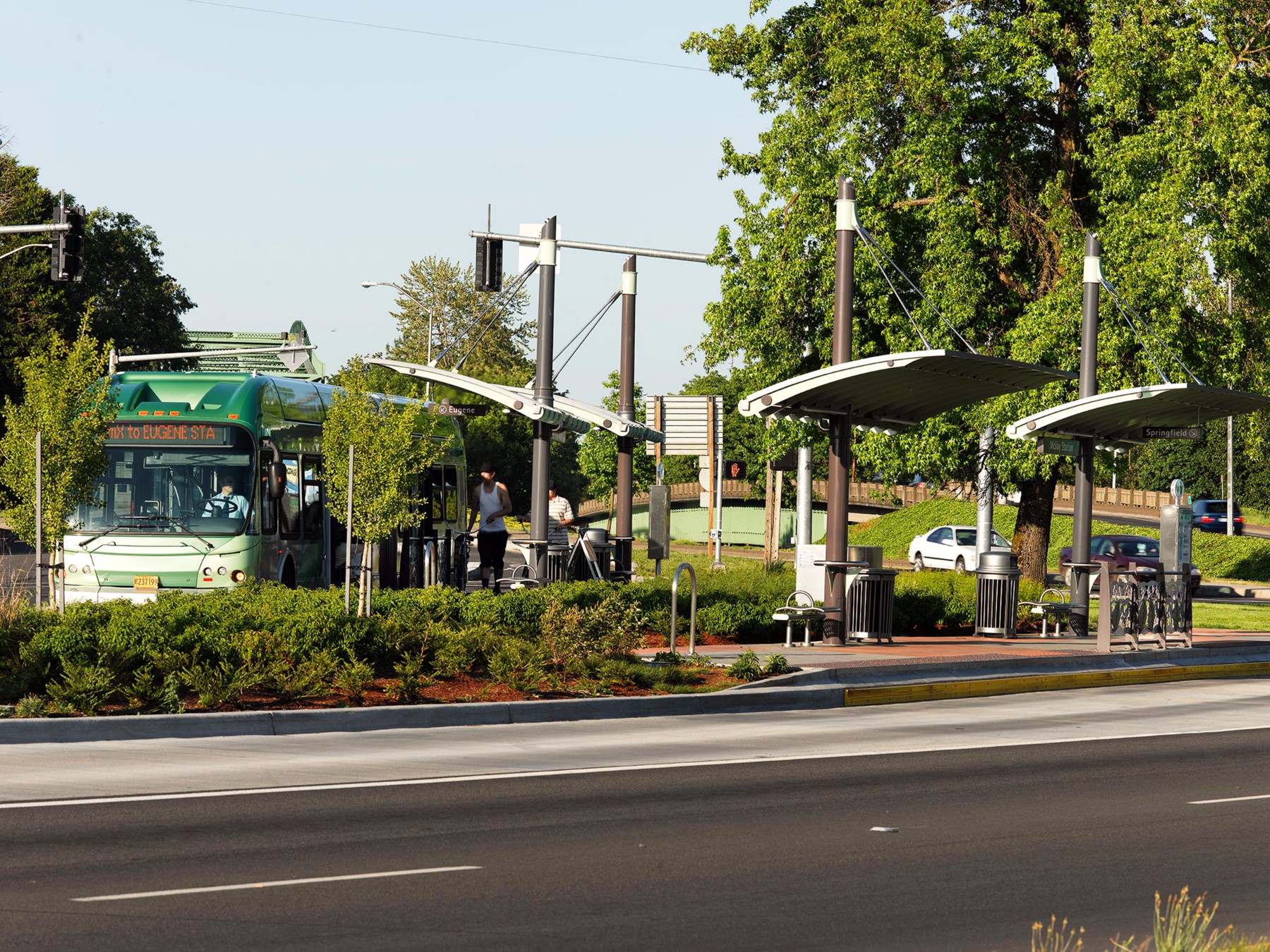 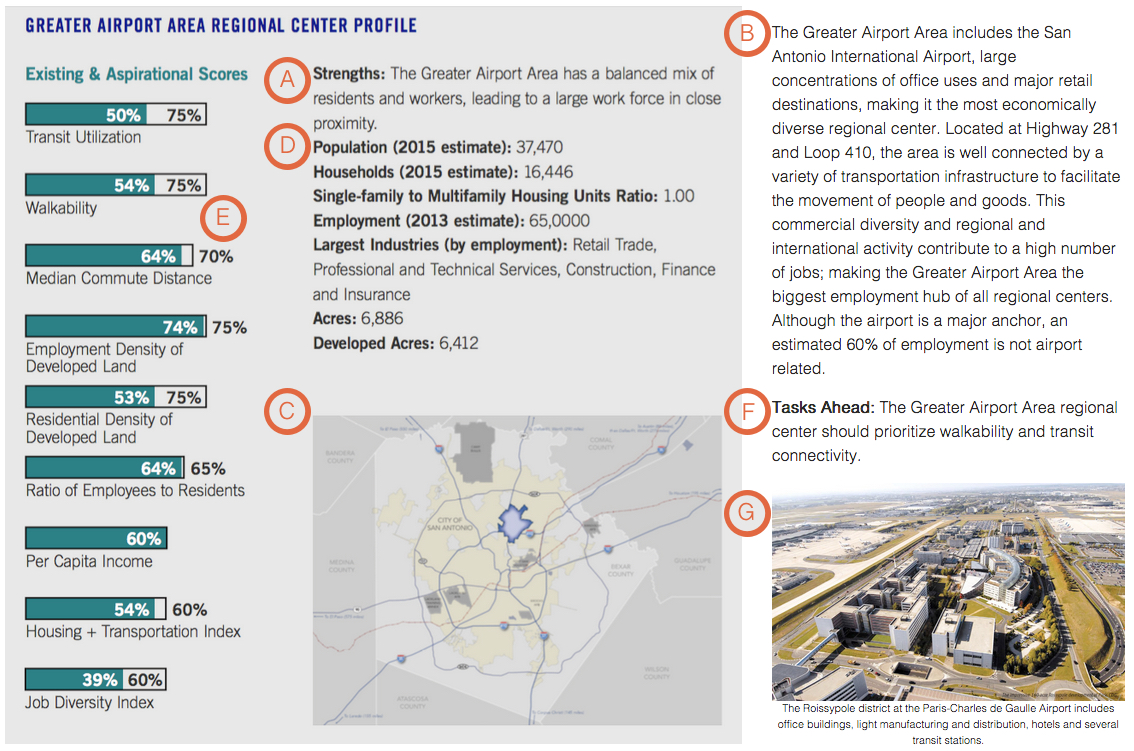