The City of San Antonio’s power is delivered by CPS Energy, a municipally owned energy utility. CPS has a relatively diversified mix of fuels, including 43% natural gas, 28% coal, 14% nuclear and 14% wind. Solar and methane-gas sources account for the remaining 1%. As of December 2013, renewable sources accounted for 14.6% of the region’s generating capacity (1,113 megawatts), up from 9.7% in 2011 and 7.5% in 2009. While the city has grown and increased our energy demand, CPS’s greenhouse gas emissions have declined as a result of increasing use of nuclear and renewable energy. The city reached its SA2020 goal of having 1,500 MW of renewable energy capacity under contract five years early in 2015.

CPS’s Save for Tomorrow Energy Plan (STEP) aims to reduce the growth in demand for electricity in the city by 771 megawatts by 2020. This is the equivalent of the output of one large power plant. To achieve this goal, CPS has committed millions of dollars in incentives and rebates for customers. Residents are encouraged to purchase energy-efficient appliances, improve residential HVAC systems and insulation, increase the use of energy-efficient lighting, increase the use of programmable thermostats and expand commercial lighting retrofits. But it is an ongoing challenge to reach lower-income customers and find ways to include renters in the programs.

Between 2008 and 2013, the STEP program reduced over 318 megawatts of energy consumption. To continue this progress requires that we acknowledge that buildings account for over 90% of electricity consumption in San Antonio. The Mission Verde effort, an economic development plan initiated in 2008, recommended strategies to improve the environmental performance of existing buildings through a retrofit program and improve new construction by developing a high-performance development code. The Mayor’s Task Force established guidelines for a new building code that has not yet been adopted. Despite the lack of a consolidated green building effort, San Antonio has over 180 buildings and residences certified under the U.S. Green Building Council’s green building certification program. Build San Antonio Green the City’s residential green building program has certified over 3,500 homes to date.

Is your home powered by renewable energy? 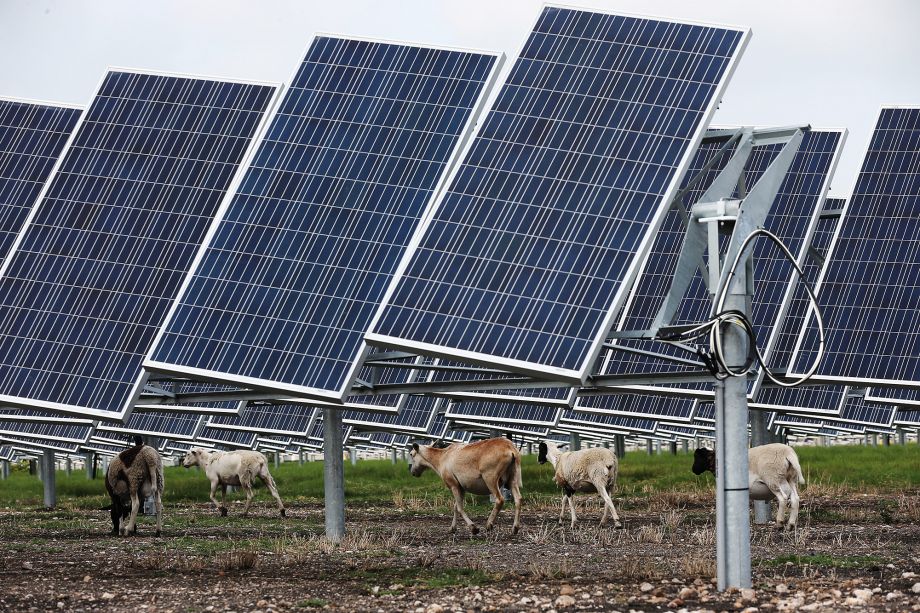 The Blue Wing Solar Project, a 14-megawatt (MW) solar photovoltaic (PV) facility located in southeast San Antonio at the intersection of I-37 and U.S. 181, is the largest PV farm in Texas and the third largest nationally. Built in 2010, CPS Energy has a 30-year agreement to purchase all electricity generated by the site. According to CPS, the 139-acre site generates an estimated 26,570 megawatt-hours (MWh) of electricity each year. That’s enough to power approximately 1,800 San Antonio area homes annually. Additionally, the emissions-free power generated from the site is equivalent to taking 3,800 cars off the road.

Moving forward, the City can set an example by promoting policies and regulations that maximize the energy efficiency of all City buildings and facilities. Next, we can create policies requiring City owned buildings be brought up to green building standards by 2040 and promote and expand weatherization programs for existing buildings. The City can also do more to encourage alternative forms of clean energy and expand systems for its provision. This effort can include partnering with utility providers to offer a renewable energy purchase choice and to expand renewable energy rebates programs. We can explore fee waiver programs to encourage renewable energy options in new development. And we can regularly review and revise ordinances regarding energy infrastructure and transmission components.